The last two months have seen the three Gulf Cooperation Council (GCC) countries of the United Arab Emirates (UAE), Qatar, and Kuwait go into force based on agreements in principle to an Intergovernmental Agreement (IGA) with the United States Department of the Treasury regarding the US Foreign Account Tax Compliance Act (FATCA). This dovetails a number of similar agreements the United States has entered into with other countries in its attempt to counter US taxpayers maintaining secret, unreported financial assets overseas.

Although the United States has maintained the Foreign Bank Account Report (commonly referred to as the “FBAR”) for many years, it is now requiring foreign financial institutions (“FFIs”) provide reporting to the Department of the Treasury on accounts maintained on the FFIs’ books belonging to US taxpayers (or accounts in which the taxpayers have an interest).  To motivate compliance with the FATCA, Treasury has announced that it will impose significant withholding on non-complying FFI’s banking activities in the United States.  FFIs that do not comply with FATCA can face 30% withholding on US-sourced payments.

How is FATCA being Enforced by and through Non-US States?

The US Treasury has entered into agreements with a number of foreign countries such as Switzerland, Canada, Japan, Mexico, Spain and the United Kingdom.  By executing an IGA with the United States, the foreign state agrees to require its financial institutions to report specified financial accounts involving (through whole or partial ownership) US taxpayers to the US Treasury.

How does this Impact GCC Financial Institutions?

The United States’s agreements with Qatar took effect in April, and more recently in the case of Kuwait (May 1) and the UAE (May 23).  The agreements between the United States and the UAE, Qatar and Kuwait are based on the “Model 1” IGAs (notably, there are two types of Model IGAs). The Model 1 allows for an upward reporting requirement from the FFI to the partner country (say, the UAE central government), which will then report the relevant financial information to the US Department of the Treasury’s Internal Revenue Service (IRS).

The large number of foreign nationals living in or otherwise having financial accounts in the Persian Gulf make FATCA compliance a pressing need, particularly given that many of these people have U.S. citizenship or permanent residency status.  GCC-based FFIs (which include investment funds) should take care to know the full scope of their responsibilities under FATCA, which can be very nuanced.  Given the wide variety of banks in the region and the fact that many of them have subsidiaries overseas, understanding the breadth of their compliance obligations is critical.  Although Qatar, Kuwait and UAE have “agreed in substance” on the IGAs for FATCA, there are still unilateral requirements by the actual FFI.  First and foremost, they should be registered with the Treasury Department and obtain what is called a Global Intermediary Identification Number (GIIN). This entails coordination with any affiliate, parent, subsidiary or otherwise related financial institution as there are various subcategories of registration under FATCA. Furthermore, FFIs should naturally ensure compliance with reporting requirements.

Overall, FATCA represents the United States’ attempt to crack down on tax non-compliance and any benefits by hiding money offshore. Although there is already the FBAR/FinCen 114 forms, the FATCA pushes the burden on foreign financial institutions to help the US government identify US taxpayers who maintain certain foreign financial assets.  Given the steep financial penalties for non-compliance by the United States (not to mention potential penalties by their own countries), foreign financial institutions should ensure compliance and diligence in meeting the requirements placed on them under this very nascent law .

I just returned from a business trip to Qatar and the United Arab Emirates (UAE), which shed a great bit of light on compliance trends in the Gulf Cooperation Council (GCC) region, particularly the UAE.  In conversations with numerous experts across different points in the compliance spectrum, the takeaway was that there is an evident trend of increased attention and care towards US (and increasingly regional/domestic) compliance directives. These indeed appear to be setting the tone of financial institutions in the Gulf region.  This of course begs the question of where do they stand vis-a-vis compliance?

FATCA is the word on the street. There is increased interest and awareness of this law in the Middle East North Africa (MENA) region, but particularly in the Gulf.  For those who don’t recall, 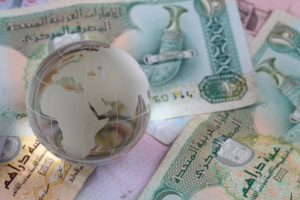 FATCA (largely codified in Chapter 26 of the Code of Federal Regulations) is the new U.S. regulation which requires foreign banks to report accounts they maintain for U.S. taxpayers to the U.S. Internal Revenue Service (IRS), America’s federal taxation authority.  Banks that do not comply with FATCA regulations can run the risk of substantial (up to 30%) withholding on certain payments.  Given the high number of US taxpayers maintaining accounts in the Gulf (due to residence, convenience, or whatever other reason), this is quite significant.  There do not appear to be any banks refusing to take US taxpayers as a result, although this decision has been reportedly taken by some banks in Switzerland, for example.

Eyes are indeed on Iran and Syria, particularly the former. While many are awaiting any deal between the P5+1 negotiations involving Iran’s nuclear program, compliance with OFAC is of significant concern.  Formal banking with Iran is almost non-existent and banks are vigilant, having received a directive from the UAE Central Bank.  What was quite impressed was the depth of knowledge regarding OFAC and US regulations, though this is arguably not at the level of what US banks know, naturally.  (Interestingly, one compliance person from a large European bank told me something to the effect of “in a few years we’ll all be doing RMB transactions, so these things won’t really be important”!)

The bottom line is that US compliance is a critical step that is only starting to be fully appreciated in the MENA region. With Dubai’s increasing role as a banking center, the need to have robust compliance practices in place will only be more heightened.  This is accentuated by the Emirate’s geographic positioning in a generally troubled region and close to high exposure points.  Indeed the reputation of turning a blind eye to financial crimes is arguably becoming more obsolete.

Given the trends in the United States’ regulatory landscape and the increasing extraterritorial reach of its laws, GCC banks are well-suited to adopt rigorous compliance programs that are mindful not only of sanctioned countries, but sanctioned entities, and of cognizant of the use of front companies and individuals. This means more Know Your Customer (KYC), heightened screening, better documentation and reporting, and expanded training to lower levels of bank management, particularly the “frontline” in the retail banking sector.  Over time, a financial institution in the Gulf may find itself more needing of programs that are more closely aligned to those found in their US counterparts.

This website aims to provide notes and commentary on international legal, business, and political developments in economic and other sanctions. It is intended solely for information and entertainment purposes and should in no way be construed as legal advice. Laws, regulations, and policies change from time to time so some information on older posts can very easily be dated. If you have any questions or are unclear on any of the subject matters addressed or discussed on this site, please consult a licensed legal professional. Views presented in the comments and outside links do not necessarily reflect those of the website author. All external links on this website to articles and documents are external and provided for informational purposes only. They have no relation to the author of this website unless specified otherwise.

Quotations and linkages do not imply any type of endorsement.